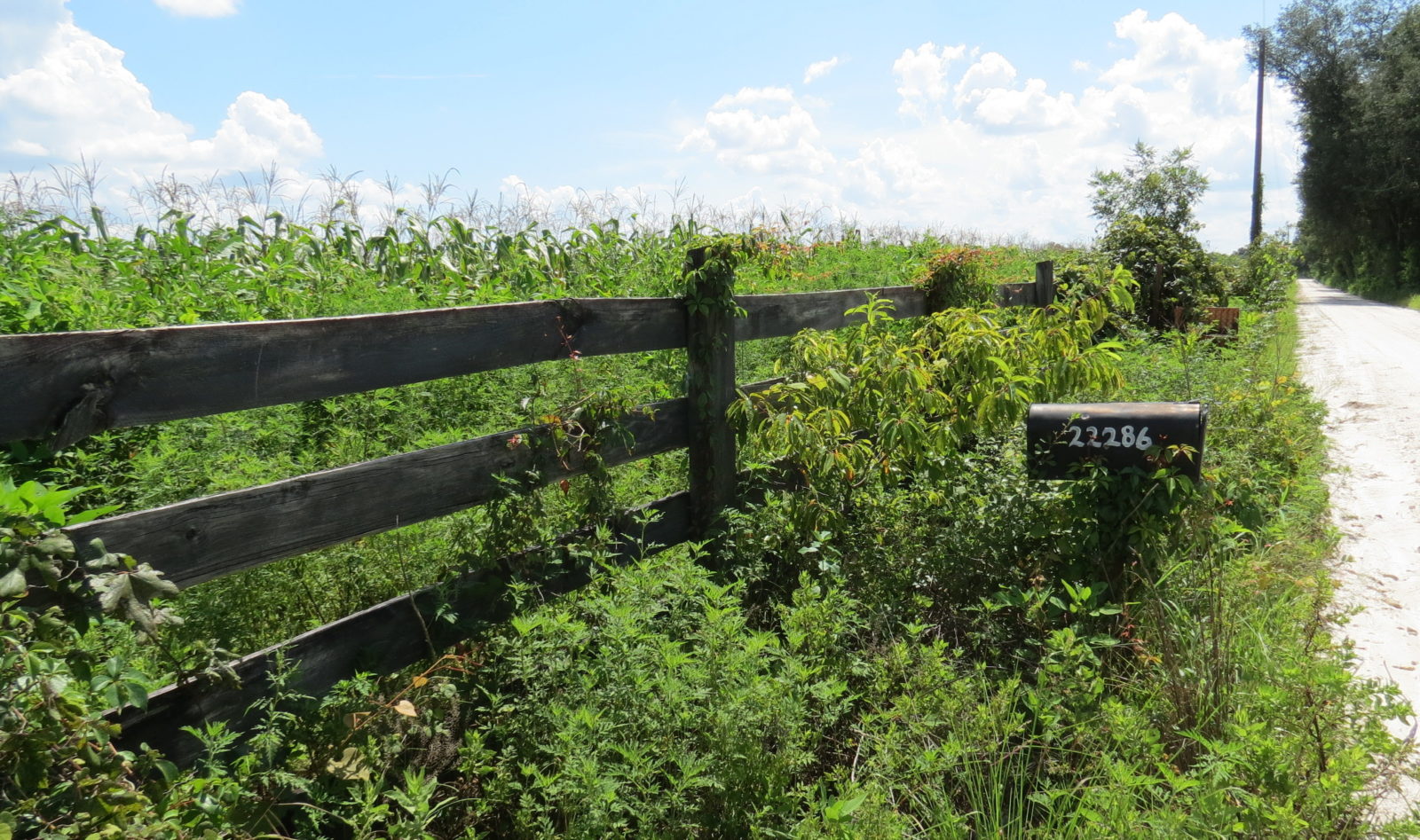 From the Ground Up – Hurricane Michael 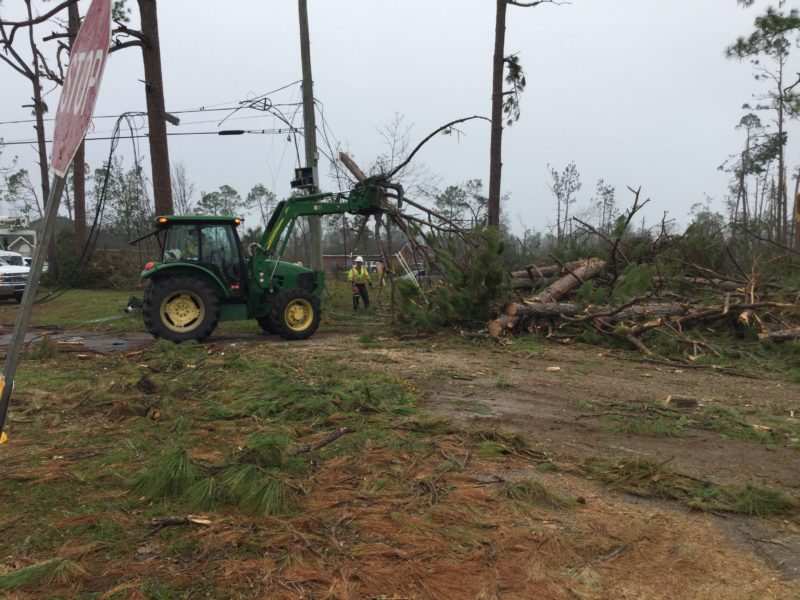 As Hurricane Michael made its way toward the coastline in October, Suwannee Valley Electric Cooperative planned for the worst. Crews from nearby co-ops like Glades Electric and SECO Energy, and even from as far as Tennessee, were prepared to roll out or had already arrived by the time the storm made landfall.

As it turned out, the Suwannee Valley was fortunate to be on the edge of the storm. SVEC’s linemen worked on repairs and, with the help of crews from Glades and Powell Valley Electric Co-op (TN), had everyone’s electricity back on within 24 hours.

Other Florida co-ops, however, were not so lucky. As soon as repairs on SVEC’s system were complete, a team from SVEC left for Southport, where Gulf Coast Electric Cooperative had felt Michael’s full wrath.

Jason Carroll first began working with SVEC as a contractor 25 years ago. Now a foreman and full-time employee for 15 years, he’s no stranger to working major hurricanes like Opal in 1995 and Katrina in 2005. However, none of his past experiences compared to the damage he saw as a result of Hurricane Michael.

“If people only had two or three trees on their house, they were blessed because most of the time you couldn’t see anything underneath all the trees,” he says. “You couldn’t see roads or driveways. It was total chaos.”

In total, Gulf Coast Electric estimated there were about 10,000 broken poles in need of repair before power could be restored to the system, which was entirely dark at one point.

“There was no break in the destruction like you would have with a tornado,” says Director of Operations Andy Lawrence, who made the trip as crew supervisor. “It was just nonstop devastation.”

The 16-man SVEC crew got straight to work when they arrived the Sunday after the storm. The priority was to make repairs to the main feeder lines that serve multiple subdivisions. However, with many smaller distribution lines also down, it took several days for linemen and members alike to see the results of their hard work. A second 10-man crew from SVEC came to relieve the original 16 workers after the first week.

“The rewarding part of this job is turning people’s lights back on, but we probably worked three or four days on the main feeders before we were able to start doing that,” says Carroll. “That part is what gives you that extra bump that makes you want to keep going. It can be tough to work and know you’re getting something accomplished, while also knowing that most people can’t see the progress.”

Despite those struggles, the local residents who offered linemen food and drinks kept them going. Photos of the SVEC crew at work even made it back to their friends and family as Gulf Coast Electric members posted them to the cooperative’s Facebook page.

“Most of them were glad to see us. It didn’t matter if we were working on their road or on the main road. They knew we’d get to them eventually,” says Carroll.

Carroll also met several local families who had bunkered down for the storm, including one that took shelter in a portable carport that held up under the weight of five fallen pine trees. Many of Gulf Coast’s linemen barely had the chance to tend to their own situations beyond ensuring the safety of their families.

“That’s one thing people don’t always understand about this profession: what we give up,” says Carroll. “I have a lot of respect for those guys. Their houses were torn up as bad as anyone else’s, but they were out there working side by side with us to rebuild lines and restore power.”

After the first few days, SVEC linemen were finally able to start restoring power to homes throughout Gulf Coast Electric Cooperative’s system. When that moment came, there was no mistaking members’ gratitude.

“When you turn somebody’s power on, you don’t need to go check with them. They’ll let you know,” says Carroll. “You can hear them from 10 miles away. That’s a great feeling. It’s the thing that keeps you going.”

For Lawrence, it’s also what makes the cooperative model so successful. “That’s why we work for a co-op,” he says. “In times like these, everyone is in need to some degree. We’ve had a lot of help over the years, and it’s great to be able to help others.”

Likewise, Carroll hopes that a storm like Michael never hits his own system. But if it does, he knows other cooperatives will be there to help so he can get back to what matters most.

“Our system covers a lot of territory, so if we don’t have that help, we could be out here for weeks,” he says. “We know other linemen are dealing with the same thing, so if we can give them some relief, that gets them back to their families a little quicker.”