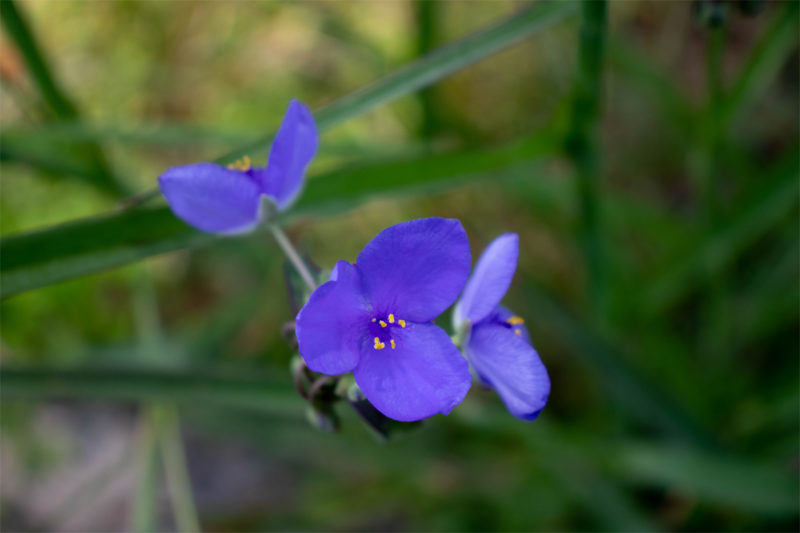 Anyone who has driven through Florida during spring has probably seen the state wildflower out in force. The yellow coreopsis can take over both sides of the road for stretches almost a mile long, putting on a show that can be appreciated even at high speeds. But for wildflower and horticultural specialist Jeff Norcini, some of the state’s most interesting finds are best appreciated at a slower pace.

“You really need to walk through a site to find what’s there and get an accurate assessment,” he says. “Some of these plants are small enough that unless you’re walking you’d never see them.”

Those might include the carnivorous sundew, which can be smaller than a quarter, the colorful milkwort that blooms close to the ground or any of the dozens of other species that can coexist within just half a mile of each other in some wetland areas. Over the last year, Norcini set out to catalog all of them as part of a survey of wildflowers and plants near electric lines throughout Florida’s Big Bend.

The survey, conducted for the Florida Wildflower Foundation with funding from the Duke Energy Foundation, started last year in an effort to observe as many flowers as possible. Because many different species grow at different times of the year or under different weather conditions, Norcini visited the same sites twice, in the fall and spring.

“Every time I go out I see something new,” he says. “Even if I’ve been at that site before, there’s always something I haven’t seen. That’s my favorite part of the job: seeing something different and learning a new plant.” 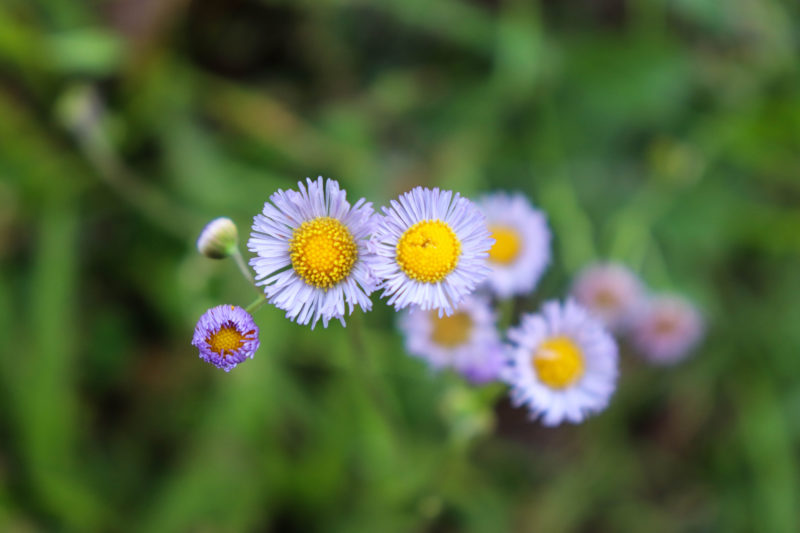 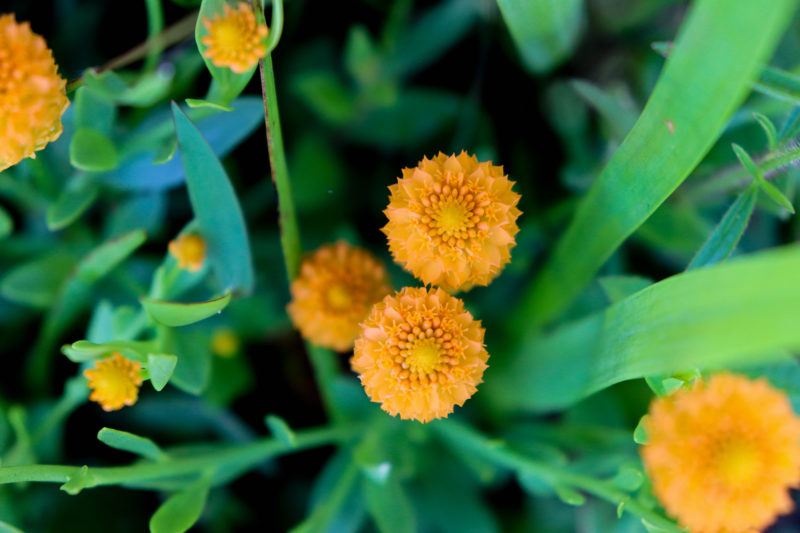 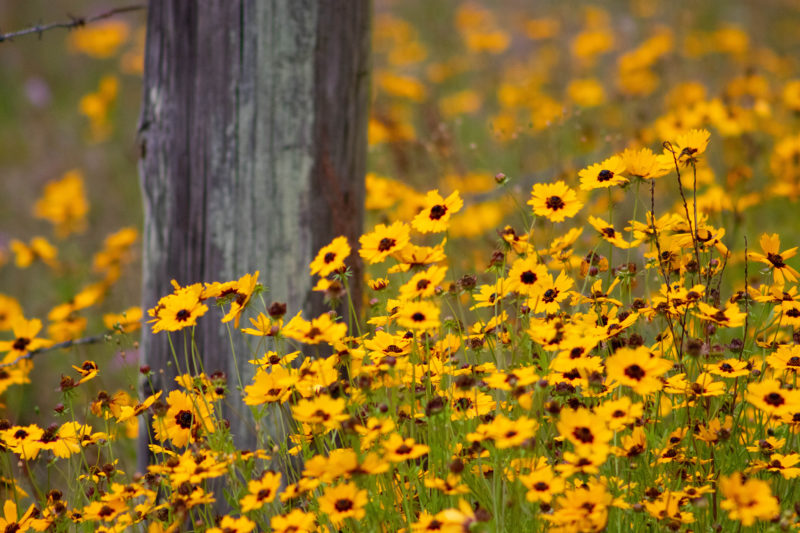 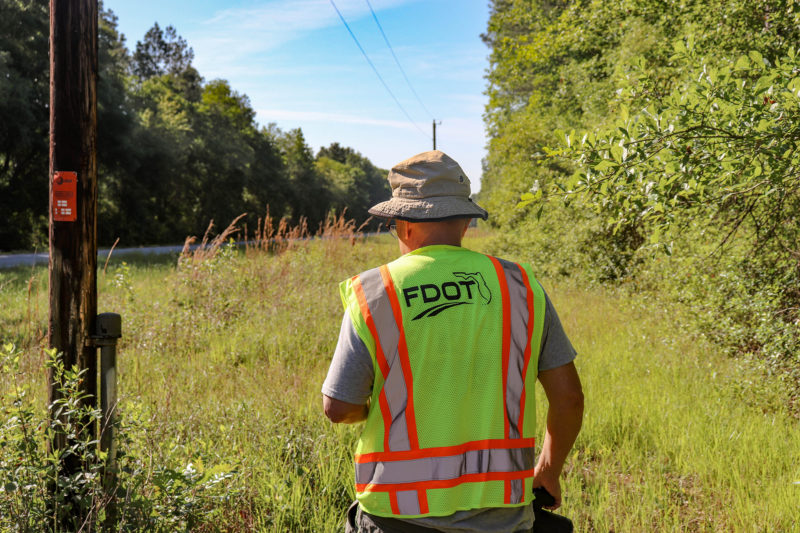 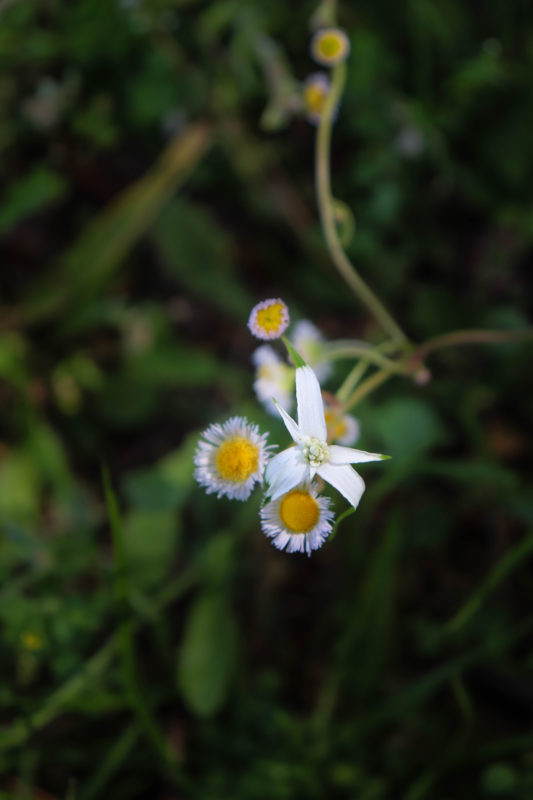 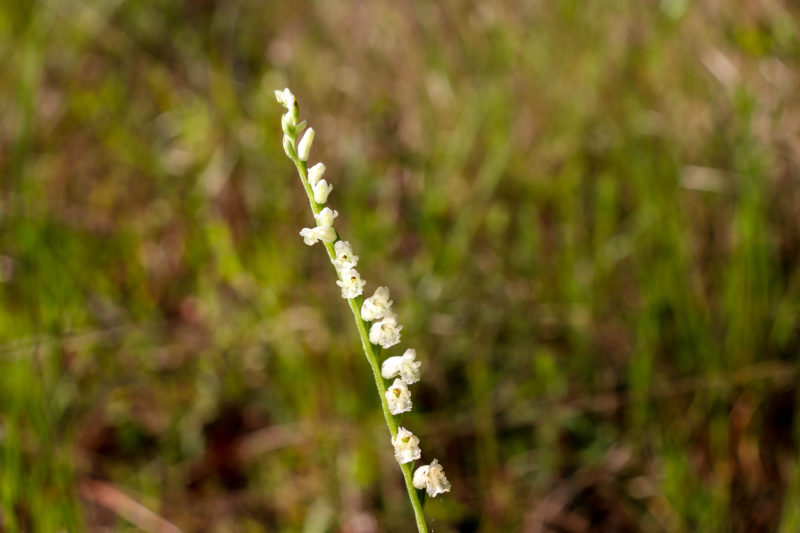 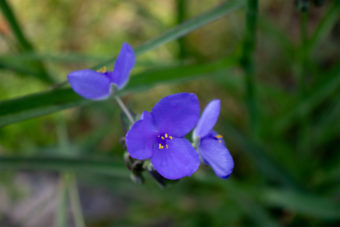 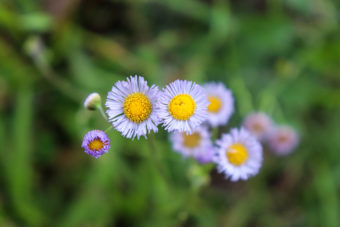 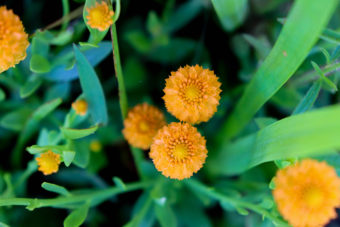 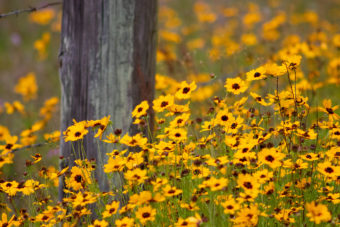 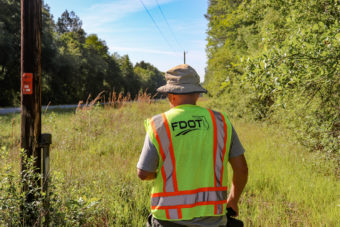 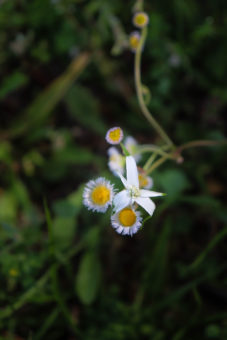 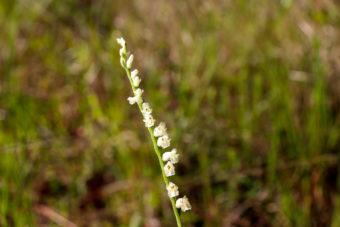 The recent survey focused particularly on native wildflowers, those that occur naturally in the region and have formed symbiotic relationships with other wildlife in their ecosystem. Norcini began working with native plants more than two decades ago when he joined the Florida Department of Transportation’s effort to promote these plant species on roadsides.

Preserving native plant habitats is particularly important because they can serve as a refuge for bees, butterflies and other pollinators. These insects play an important role in the wider ecosystem.

“The whole reason plants have showy flowers is to attract bees or butterflies,” Norcini says. “Native bees are particularly important to pollinating agricultural crops. So, when you have a native wildflower habitat adjacent to an agricultural field, it may serve as a home for bees that will help pollinate those crops.”

The right-of-way areas around electric lines are often excellent habitats for native plants, since power providers may only mow them once every few years.

“A lot of times you find good native plant community remnants under power lines, because they aren’t disturbed that much,” Norcini says.

In his surveys of three sites on SVEC’s system, Norcini found all kinds of remarkable plants, including an endangered species commonly known as the yellow sunnybell and a threatened species, the carnivorous hooded pitcher plant. But even with those rare finds, one of the biggest causes for excitement was the presence of milkweed.

“When I find milkweeds I’m always thrilled, especially where I didn’t expect to find them,” Norcini says. “We look for those because they’re larval hosts for the monarch butterfly. That was one area of focus for this survey, so I was excited to find them.”

In order to protect these important native habitats, Norcini worked with SVEC to develop recommendations that could work for the cooperative while still protecting the native species.

“In areas with milkweeds I have suggested specific times they should cease mowing so that these milkweeds can thrive, multiply and go to seed to increase their numbers,” he says. “When it comes to the three sites SVEC manages, they have been very cooperative when I asked them to hold off on mowing.”

Those recommendations come with the caveat that the cooperative is free to do whatever right-of-way clearing it considers necessary to maintain safety for its linemen and reliable power for its consumer-members.

While Norcini relishes any opportunity to explore an area as diverse as Florida’s Big Bend, he also knows there is still so much to discover. With seasonal changes and weather conditions having so much influence on native plants, the landscape at the sites he surveys could be completely different the next time he’s there. But for him, that’s all part of the fun.

“It’s amazing how extremely diverse some of these sites in the Big Bend are,” Norcini says. “The flowerings can vary every two or three weeks. I love that diversity and seeing something I’ve never seen before.”