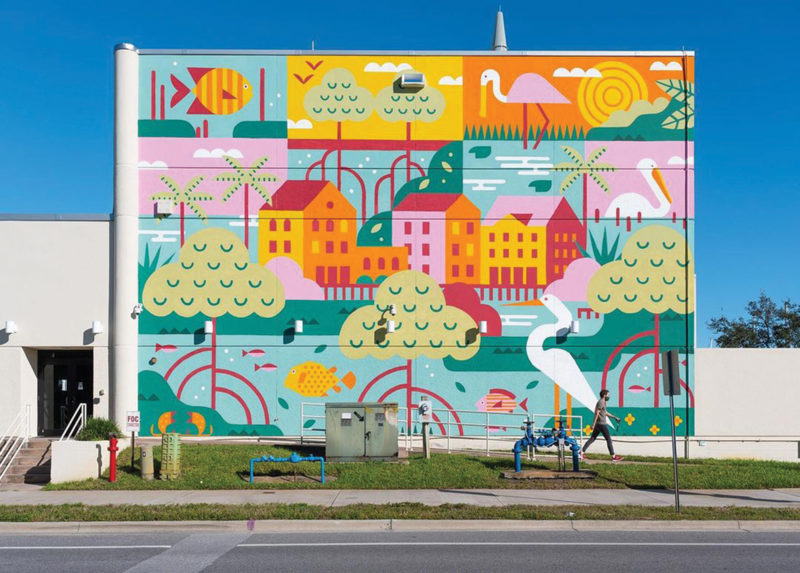 As St. Pete’s murals have multiplied across the city, it seems everyone has a favorite.

Science fiction fan? Get a picture of you and your friends running from the city’s former landmark — an inverted pier — giving chase on spider legs and shooting deadly lasers at tourists. Reminiscent of “War of the Worlds,” the design, painted over an antique Coca-Cola sign, is by the Vitale Brothers. It’s located on the corner of Baum Avenue and Dr. Martin Luther King Jr. Street North.

Science fan without the fiction? Pose beside Carrie Jadus’ portrait of Nikola Tesla, whose inventions often rivaled those of Thomas Edison himself. You can find the mural at 2232 5th Avenue S.

Admirer of Mexican painter Frieda Kahlo? There’s a popular Jennifer Kosharek mural of Frieda’s face in Mural Alley, located downtown behind the stores on the 600 North block of Central Avenue.

The owners of China Finders, located at 2823 Central, hired artist Sarah Sheppard to combine images of the plates and cups found in their store with Johnny Depp’s Mad Hatter and other characters from the 2010 movie “Alice in Wonderland.”

And Big John’s Brake and Alignment auto repair shop, 1210 1st Avenue N., commissioned the Vitale Brothers to paint a caricature of Big John on its metal entry doors. The mural, named “Service with a Smile,” is more overtly commercial than most, but it’s guaranteed to bring a grin.

The growth of the central business district murals dates back to 2010, when major redevelopment plans for the entire 600 block of Central collapsed. Instead, the block became an artists’ colony of sorts, packed with independent galleries, boutiques, and restaurants brought in at deeply discounted rents. In the alley behind the stores, the murals started appearing, each one more colorful, clever, and sometimes funnier than the last.

“All of sudden,” says Diane Shelly, former director of the Florida Craft Art Gallery, “that back alley was such a cool place.”

And in a city of great pop art museums, including The Dali and Chihuly, many refer to the St. Petersburg street art as the city’s outdoor museum.

Every great museum needs a docent, and the Florida Craft Art Gallery, located at 501 Central, offers multiblock walking tours every Saturday morning for $10 per person.

“Everybody does the ‘I’m being eaten by a shark!’ pose behind the State Theater,” Shelly says. “Any evening that you go in the alley, you’ll see people taking pictures, doing wedding shoots, engagement shoots, fashion shoots. It’s pretty amazing what’s happened.”

To see the broadest swath of the city’s outdoor art, you can also hoof it up and down Central Avenue North, starting at the 500 blocks and continuing west to 28th Street, a stretch of about 3 miles. But be aware that not all St. Pete murals are easy to spot from the street. In fact, part of the fun is finding those tucked away in unlikely spaces and walls. 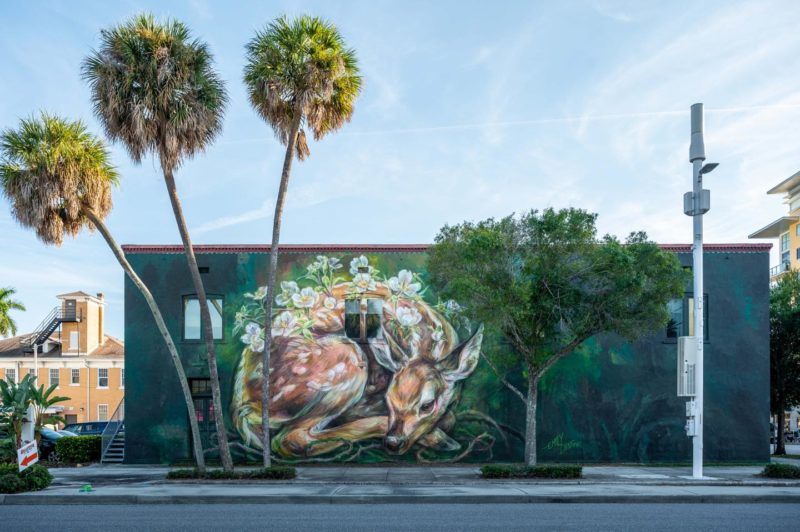 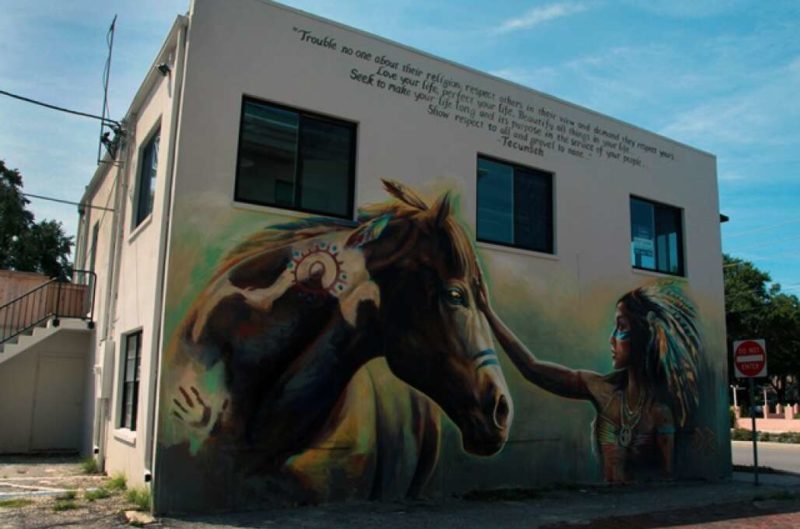 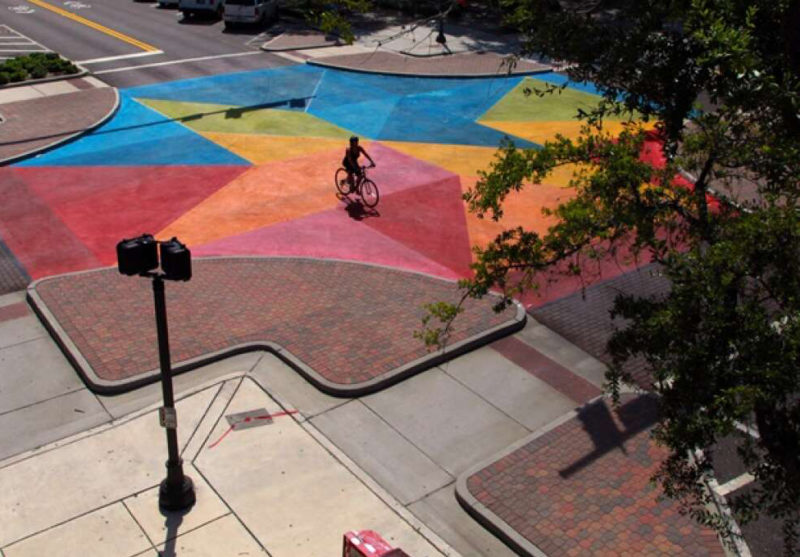 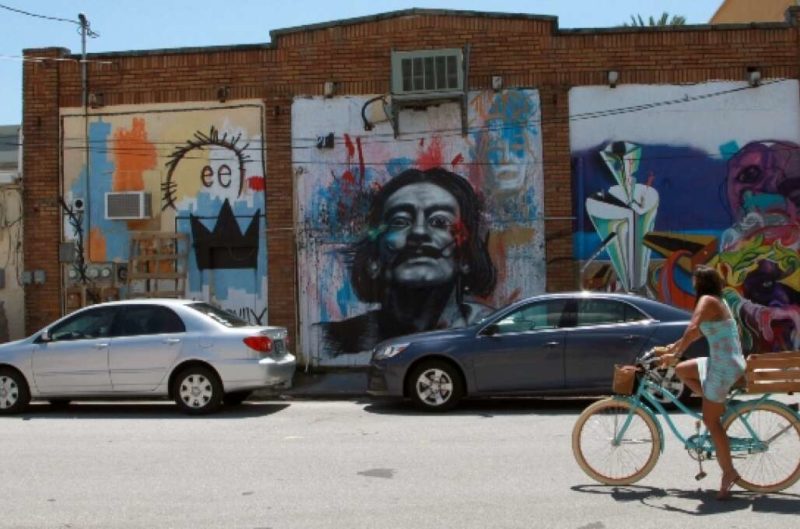 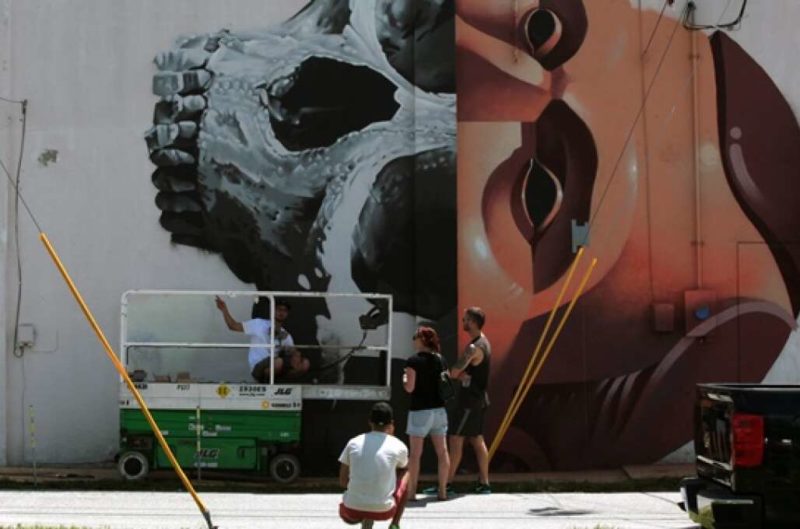 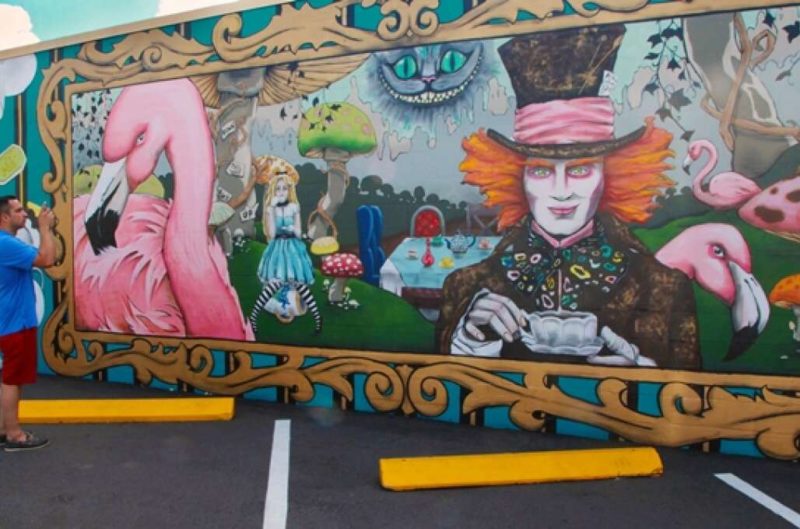 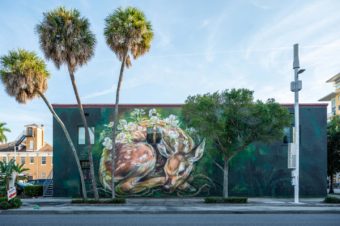 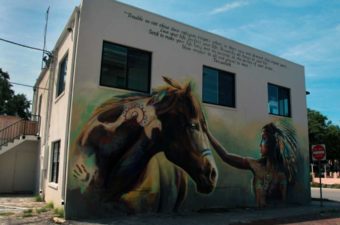 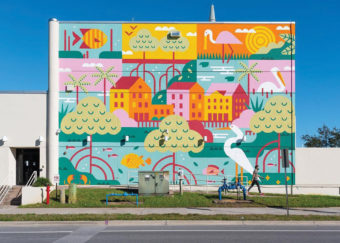 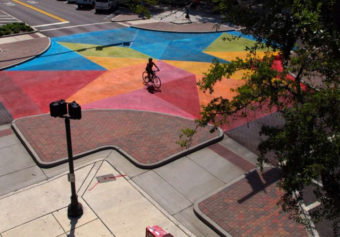 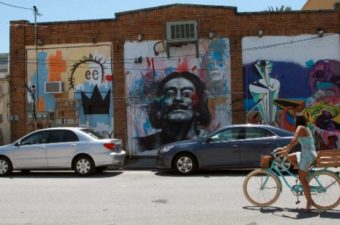 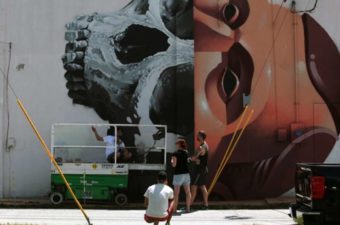 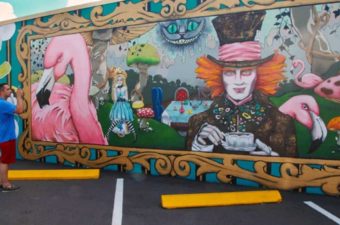