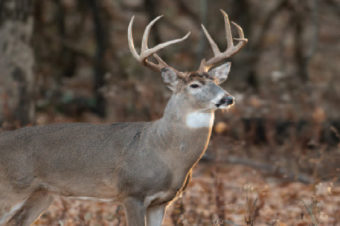 At its February meeting, the Florida Fish and Wildlife Conservation Commission passed new deer hunting rules that begin with the opening of archery and crossbow seasons in Zone A on Aug. 3.

Annual statewide bag limit — five deer, of which only two may be antlerless

Antlerless deer are categorized as any deer, except a spotted fawn, without antlers or whose antlers are less than 5 inches in length. However, antlerless deer may still only be harvested during seasons when they are legal to take, such as during the archery season and on antlerless deer days. Florida was the only state in the Southeast without a specified annual bag limit for deer.

New rules require all hunters — including youth under 16 years of age, resident hunters 65 years and older, those with a disability license, military
personnel and those hunting on their homestead in their county of residence — to report deer they harvest. However, deer taken with a deer depredation permit or from a game farm or licensed hunting preserve do not have to be logged and reported through the harvest report system.

All antlerless deer taken on lands enrolled in the antlerless deer permit program must be tagged with an issued antlerless deer tag, even if they are harvested on a day when the take of antlerless deer is otherwise allowed, such as archery season, within the zone in which the enrolled lands are located. In addition, the deer must be recorded on the harvest log of and reported to the FWC’s harvest reporting system by the hunter who harvested the deer.

Youth 15 years old and younger may harvest only one antlered deer — any deer having one or more antlers at least 5 inches in length — annually that does not meet antler point regulations for the DMU being hunted, and it counts toward the youth’s annual bag limit.

A comprehensive listing of frequently asked questions on these new deer rules and other statewide hunting rule changes can be found at MyFWC.com/Hunting.