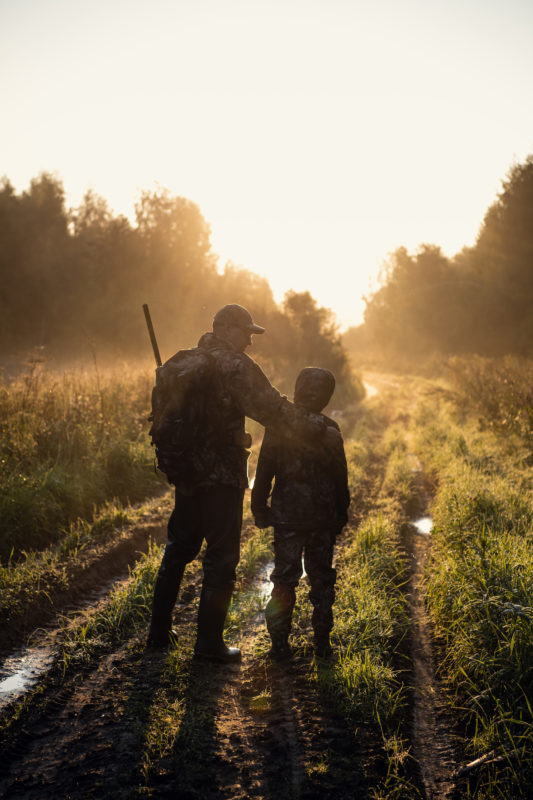 As Christmas nears, celebrating a sense of community will be top of mind for many. For the hunting community, it’s a wonderful time to remember those who introduced us to hunting. And the holiday gives us a great opportunity to pay it forward by taking someone hunting, whether a neighbor, friend, family member or co-worker.

There are many people who didn’t grow up hunting but as adults became interested in experiencing it and enjoying the benefits of eating healthy, organic protein. Denise Helms, president of the Florida chapter of the National Wild Turkey Federation, is a perfect example. She didn’t go on her first hunt until she was 24 years old when a friend invited her to go turkey hunting on public land.

“I’m game for anything, so I went along,” Helms says. “I just like being outdoors.”

Helms loved the experience of sitting in a homemade palmetto blind, taking in the sunrise through an oak hammock and hearing wild turkeys gobble for the first time.

“Country singer Eric Church says it best with his lyric, ‘Walking barefoot through the mud will knock the rust right off your soul,’” Helms says. “And so does being in the woods.”

However, Helms didn’t immediately catch the hunting bug. She married and moved to Colorado, and it wasn’t until she moved back to the Sunshine State 12 years later that she had the opportunity to go hunting again. In 2008, she harvested her first turkey, deer and wild hog.

By engaging herself in hunting, Helms has gained a whole new family.

“Acquaintances turned into friends who turned into family - people who care about conservation support me incorporating hunting into my life and help me succeed,” Helms says. “It’s a great feeling having mentors like that who I can learn from.”

Helms admits she’s not a hunting master yet, so she hasn’t personally guided anyone on a hunt. But she’s been doing her part in passing down the hunting tradition by volunteering with her local NWTF chapter and serving on its board since 2011. Helping plan and host a Women in the Outdoors event further ignited her passion for hunting.

“I feel like what I’m doing is making a difference at all levels, and I like that,” Helms says.

This story originally ran on the Florida Fish and Wildlife Conservation Commission website on Nov. 5, 2015.