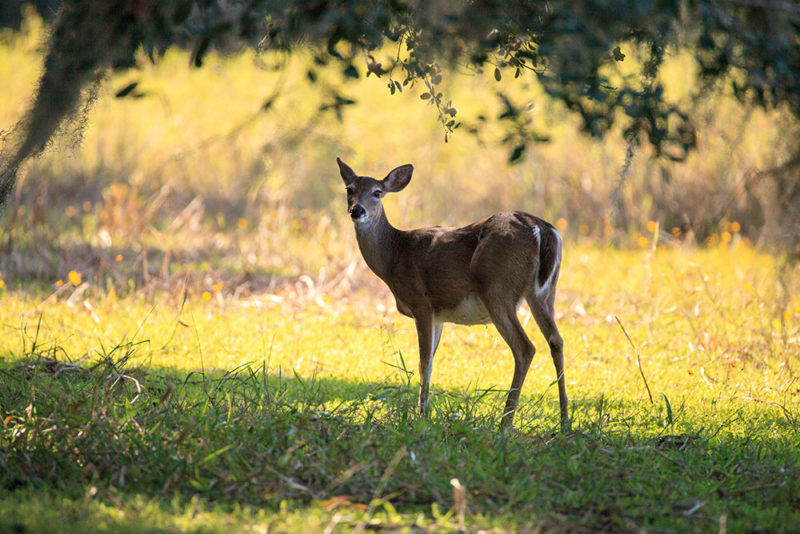 By Fish and Wildlife Conservation Commission

Florida is one of 24 states where chronic wasting disease, or CWD, has not been detected. The Florida Fish and Wildlife Conservation Commission is continuing its work to reduce the risk of CWD spreading into our state, and your involvement in these efforts is vital. Knowing and following the requirements for importing harvested deer, elk, moose, caribou and other members of the deer family are important ways you can help protect Florida’s deer populations.

With big game seasons opening in neighboring states and across the country, we want to remind everyone hunting outside of Florida that carcasses and carcass parts of deer, elk, moose, caribou, and all other members of the deer family may not be imported into Florida from anywhere.

The following are exceptions to this requirement, as outlined in executive order 19-41:

Whitetail deer legally harvested in Georgia or Alabama may be imported
into Florida, provided the person:

Whitetail deer legally harvested from Georgia or Alabama properties bisected by the Florida state line and under the same ownership are exempt from importation permit, reporting, and disposal requirements. If CWD is detected in Georgia or Alabama, importing a whitetail deer carcass and carcass parts from that state would be prohibited.