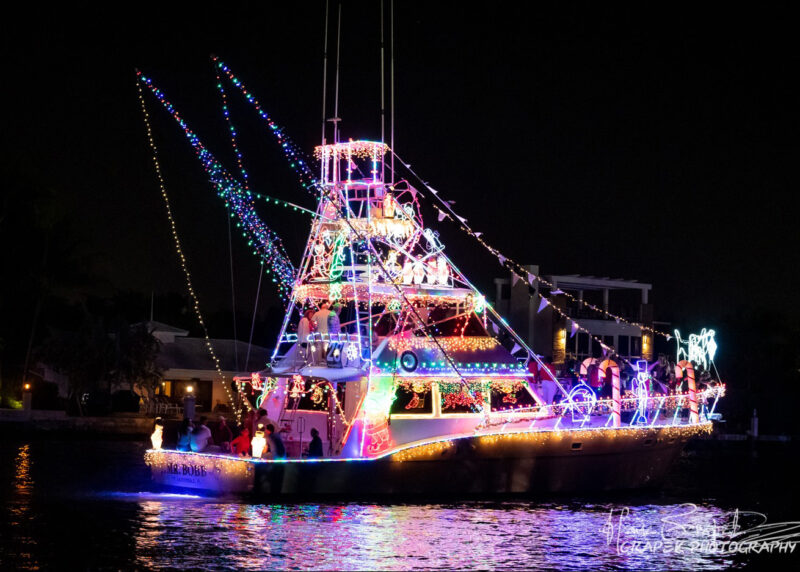 Christmas on the Water

Dawn Marie Capone and her boyfriend live in Boston, where the holiday season brings a chill to the air and ice and snow to the streets and sidewalks. But for his 50th birthday, she wanted to introduce him to a different wintertime scene of Christmas — boat parades in Florida, a tradition that Capone considers a distinct part of Florida culture.

“It’s just so different,” says Capone, who grew up in Poughkeepsie, New York, but lived in Indian Shores and Melbourne, among other Florida locales, for a few years. “Christmas in Florida doesn’t look like Christmas everywhere else. That’s why it’s special.”

During Florida’s holiday boat parade season, the same vessels that troll the Atlantic, the Gulf and all points in between take on blinking lights, animated characters and other holiday decorations for December sojourns that please thousands of fans watching from the banks. Dozens of the state’s oceanfront, Gulf-front or riverfront communities host opportunities for local boaters to bring the holiday spirit to the water.

“Boats of all shapes and sizes tend to participate,” says Gary Guertin, past chairman of the Martin County Convention and Visitors Bureau and producer of “Talkin’ Tourism,” a weekly radio show. “The best use all things that assault the senses from a visual and sound standpoint. It’s just as much about the boat community as people on shore.”

Rusty Gardner, who lives in Jacksonville and founded Florida by Water, says he tries to attend a couple of boat parades each year. He cites a few favorites, including the Carabelle Holiday on the Harbor and Boat Parade of Lights, as well as the Holiday Regatta of Lights in St. Augustine.

“You’ve got the historic city with the Bridge of Lions in the background,” Gardner says. “And St. Augustine has a personality all its own.”

One of the biggest of Florida’s holiday boat parades is the Seminole Hard Rock Winterfest Boat Parade. Called the “greatest show on H2O.” The 51-year-old parade has an annual theme and a history of big-name grand marshals such as Shaquille O’Neal.

“I’m pretty confident in saying they have the biggest and probably one of the best boat parades in the country,” says John Kazaliauskas, founder of boatflorida.com and a frequent spectator or participant in boat parades around the state. “In general, the ones I’ve participated in have had something for everybody, so regardless of your age or your culture or your background, it seems to be that everybody has a good time one way or another.”

And frankly, boaters who decorate their boats for the parades aren’t just trying to entertain onlookers, Kazaliauskas adds. They’re also looking for a boating fix. “It’s a good excuse to go boating in the winter and celebrate the holidays,” he says. 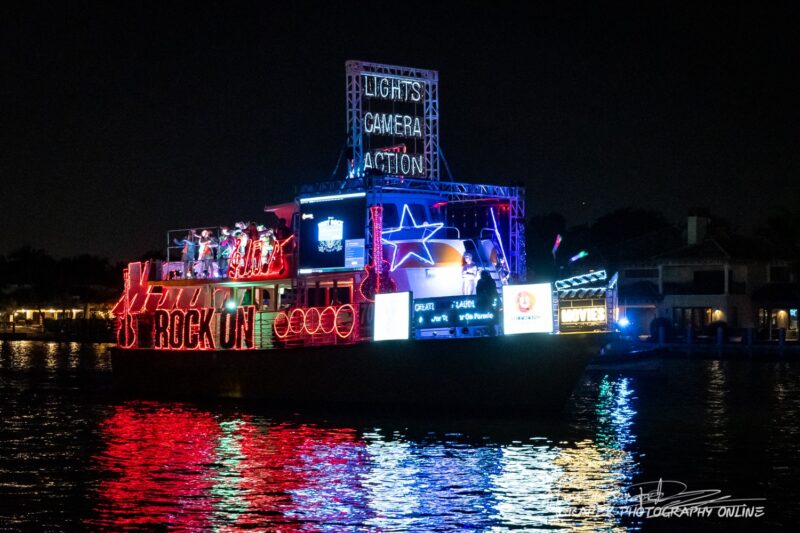 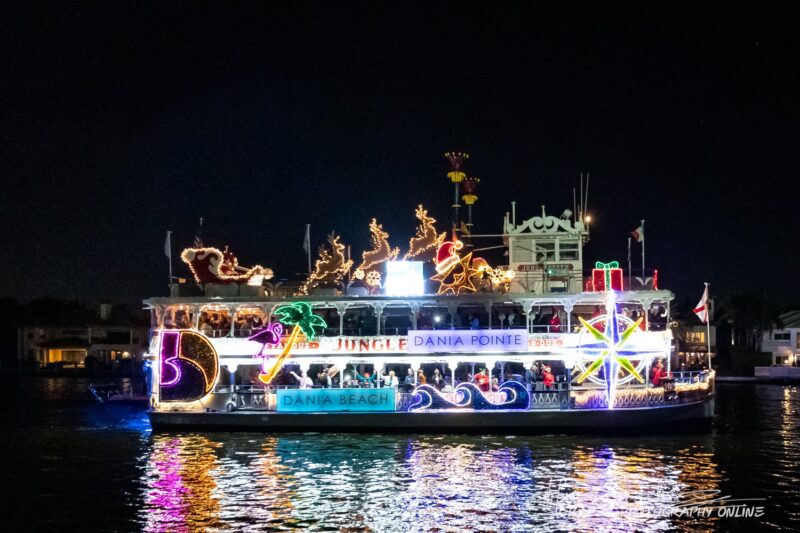 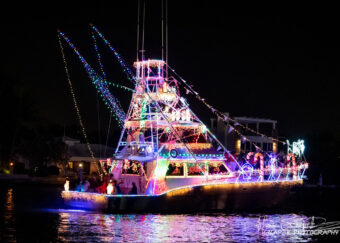 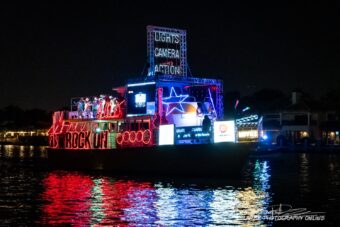 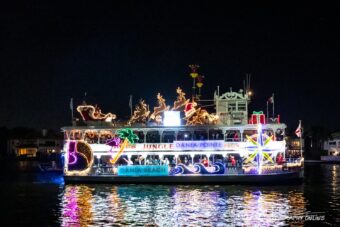